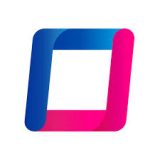 We are looking for videography services Now!

Extremely EUnited is a project funded by the European Commission aiming to prevent the spread of radicalization among youth in most of the European countries. The initiative starts from the need to safeguard the lives and the future of younger generations, who run the risk of being lured by extremist propaganda and whose innocence is exploited for criminal purposes. In doing that, Extremely EUnited appeals to those values of brotherhood and freedom which all European societies share and which represent the indispensable conditions for building a peaceful and cohesive society, in which there is no place for hatred and fanatism. The European afflatus of the project is mirrored in the number of countries involved: Belgium, Netherlands, Italy, Spain, France, Hungary, Kosovo, Sweden and Estonia.
Connect with us