OROKOM for Relief and Development Organization has posted 1 tender 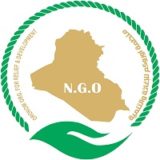 OROKOM for Relief and Development Organization

OROKOM for Relief and Development (OROKOM) is a non-profit, non-religious and non-political nongovernmental organization (NGO) formed in 2009 aftermath of the sectarian conflict that took place in Iraq in order to build the peace in the community and assist the vulnerable groups which affected by this conflict. OROKOM is registered in Baghdad with the Federal Government of Iraq under registration number (1H73856), A Board of Directors consisting of five members in Iraq, OROKOM assigns the Executive Administration, which is the supreme executive body within the organization, through a headquarter in Baghdad and mobile teams in another governorates. OROKOM operates in 11 governorates across all regions of Iraq ‘’in south, centre and north of Iraq’’. In the past three years, OROKOM successfully implemented over 16 projects in both sectors (Humanitarian & Development) sectors in partnership with international NGOs, UN agencies and governmental agencies. Vision We aspire to live in a society where justice prevails, law rules, individual and group rights are preserved, differences are acknowledged and welcomed, people work together to develop and sustain resources for future generations, and man-made disasters are virtually nonexistent. Mission Our mission for 2018 – 2022 is to empower the communities in all governorates of Iraq and assist the vulnerable and affected groups to re-integrate with the community through: 1- Generate new income resources for community in all governorates of Iraq. 2- Rehabilitation the affected houses in the liberated areas. 3- Contribute to improve the security situation through build the trust between the community and the security forces in all governorates of Iraq. 4- Strengthening the social cohesion in the liberated areas. 5- Strengthening the education situation.