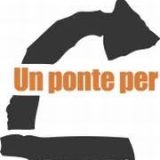 Un ponte per… (UPP) is a voluntary association founded in 1991, immediately after the bombing of Iraq, which promotes solidarity initiatives for Iraqis who suffered during the war. Originally calledUn Ponte Per Baghdad (a bridge to Baghdad), the association later became simply, Un ponte per…, after expanding its work into Serbia and Kosovo, as well as other countries in the Middle East and Mediterranean.

The aim of UPP is the prevention of new conflicts, particularly in the Middle East.  This is achieved through advocacy campaigns, programs which educate and encourage cultural exchange, collaborative projects and peaceful civil interventions.