Present-day Iraq was ruled by the Ottoman Empire in the 16th Century, until World War I when its territories came under British colonial powers in 1918. Iraq gained independence from Britain in 1932, and the monarchy was ultimately overthrown in 1958. After 1979, under Saddam Hussein’s dictatorship, the country suffered 8 years of war with Iran, resulting in an estimated half a million deaths of Iraqis and Iranians. From 1986 to 1989, the Anfal Campaign and Kurdish genocide saw the killing of thousands of Assyrians and between 50,000 and 182,000 Kurds, of which 5,000 were massacred by chemical attacks by order of Saddam Hussein’s regime. Hussein’s invasion of Kuwait prompted the 1990-1991 Gulf War, with a reported 100,000 – 200,000 Iraqi deaths as a result of the conflict and the ensuing public health crisis exacerbated by the destruction to Iraq’s infrastructure and electric generating capacity. The country continued to be exposed to ongoing volatility, including the 2003-2011 US-led invasion of Iraq, where over 100,000 Iraqis lost their lives, and an estimated 300,000 civilians were injured and the ongoing tensions between Federal Iraq and Kurdistan Region of Iraq (KRI) surrounding disputed territories, namely Kirkuk Governorate. Finally, the 2014-2017 Iraq Civil War saw the destruction of Northern Iraq at the hands of Islamic State (IS).

Consequently, Iraq endured a long history of conflict, economic sanctions, and sectarian violence, resulting in a multigenerational legacy of survivors who suffered from ongoing traumatic events and human rights abuses. The current focus of the humanitarian response in Iraq is adopting strategies towards stabilization and recovery programming, in recognition of the aforementioned context in Iraq and its profound impacts on the population.

Around 900 AD, Iraq was the birth place of the earliest recorded hospital to have incorporated provisions to care for mentally ill patients in Baghdad. It was documented that those suffering from mental illness were regarded with compassion. Psychiatric disorders, their diagnostic classifications and treatments were recorded and contributed to Baghdad’s distinguished academic institutions and wealth of resources in medical and scientific literature. The country’s economic and scholastic achievements deteriorated after the Mongol invasion and the subsequent Ottoman rule, which resulted in the destruction of over 8000 books – relinquishing much of Iraq’s intellectual pursuits to dormancy.  Between the 1960s and 1970s, psychiatric services were re-established with the inauguration of mental health units within Iraq’s general hospitals.  The momentum of strategic planning in mental health care gave rise to educational programmes in mental health and public awareness campaigns. By the 1980s, the efforts to instil mental health care were met with significant resource gaps in pharmaceuticals, integrated data systems, and formalized mental health education. The number of practicing psychiatrists diminished as a result of the discouraging professional conditions which were exacerbated by devastating wars, the fall of Saddam Hussein, the Iraq invasion, and IS.

Much of the affected populations in Iraq have experienced traumatic events that triggered, or worsened, psychological disorders. While the specialized needs of populations persist, the Iraqi health system is ill-equipped to manage the burden, due to a severe shortage of trained mental health care professionals, including psychologists and psychiatrists. Additionally, Iraq’s compromised health infrastructure and ongoing need for the rehabilitation of facilities hampers the revitalization of health services.

In Iraq, HI has been registered and operational in the Kurdistan Region of Iraq (KRI) since 1991, implementing development programming in the governorates of Duhok, Erbil, Sulaymaniyah and Halabja, in order to advocate for the rights of persons with disabilities and improve their access to services through support to Disabled Persons Organizations (DPOs). Since 2014, HI has scaled up its intervention in Iraq to respond to the humanitarian needs generated by the capture of territory by the ISIS-group, subsequent military operations and the widespread displacement of Iraqi populations. HI has become a lead implementing agency in the emergency response in the Health and Protection sectors, operating across Ninewa, Kirkuk and Diyala Governorates, and through a national partner in Baghdad and Anbar.

In line with HI Iraq’s Operational Strategy for the period 2017-2019, the global objective of HI programming in Iraq is to enhance the protection and resilience of conflict-affected communities in Iraq; an objective achieved through an operational framework of three central pillars:

2.1 Background of the Project

The overall objective of the EU MADAD funded, MHPSS project is to improve access to quality mental health and psychosocial care in Iraq through enhancing technical capacities of governmental institutions at the ministry of health level, capacity building of stakeholders at national and governorate levels and promotion of mental health care. The two-year project is a Consortium, led by Action Against Hunger (ACF), in partnership with International Medical Corps (IMC), Premiere Urgence Internationale (PUI) and Humanity and Inclusion (HI).

For the promotion of mental health care component of the project, Consortium will conduct/ carry out public awareness campaigns at governorate and district level to increase the acceptance of MHPSS services among the population, increase the demand for these services and increase awareness on the availability and access pathways to these services. The activity will be conducted in two phases: design and implementation. The findings of the survey will be used to inform the implementation of campaign activities and guide the formulation of key messages, training and advocacy tools.

The campaign will be implemented by all consortium members in their respective targeted governorate of operation, with HI acting as a technical referent and coordinator for the overall awareness campaign methodology and awareness tools to be used across the consortium.

OBJECTIVES OF THE CONSULTANCY

Under the objective of Public campaigns, awareness and sensitization sessions on MH have been conducted at Community level by the consortium members and CBOs, The Consortium to develop a comprehensive research and analysis of the knowledge, attitudes and practices (KAP) surrounding Mental Health in Iraq and design MHPSS awareness campaign tools and methodology, based on the findings. The implementation will be done through direct awareness intervention but also by building capacity of the community to raise awareness.

The main activities of Design of Information, Education and Communication (IEC) materials:

As part of the toolkit, IEC material will be developed (using recommendations from the KAP survey) and disseminated. These will include:

4 radio awareness campaigns are planned in each governorate and a short video will be created to run on social media and in key locations.

The awareness materials will be utilizing participatory methodologies designed in collaboration with the supported CBOs (schools, teachers, youth leaders, community leaders, youth groups etc.) to ensure community engagement and relevance, resulting in resources that are adapted to cultural and diverse aspects of the population. They will be gender sensitive in order to approach differently each audience (men, women or children). Over the course of the project HI might readapt the material – in consultation with the consortium members and based on needs.

Mapping of key stakeholders for this study to be completed in collaboration with HI team, and KAP Consultant, Consortium partners, in the initial phase. Key stakeholders likely to be involved/consulted are community households, vulnerable groups, community leaders (including faith-based), traditional healers, community-based organizations, Department of Health Focal Points, etc.

Preferably the Consultant will work within HI Iraqi mission level, based in Erbil.

The consultancy start date is tentative due to the current COVID-19 restrictions on movements between governorates within Iraq. The duration of the consultancy to be defined with flexibility of in-country and remote support, recognizing the possibility of quarantine and unforeseen challenges due to COVID-19.

Please send an email to [email protected] by 24 December, 2020 with subject “IEC Consultant 2020” and with the following information:

To help us with our procurement effort, please indicate in your email where (ngotenders.net) you saw this tender/procurement notice. 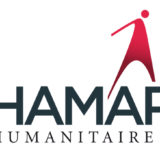 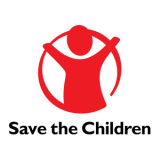 Extension, Rehabilitation and Cleaning of Drainage System in TUZ District and SHIRQAT District 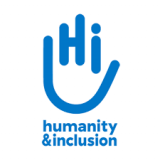 Co-recipient of the 1997 Nobel Peace Prize, Humanity & Inclusion (the new name of Handicap International) is a 38-year-old independent and impartial organization working in situations of poverty and exclusion, conflict and disaster.

We work alongside people with disabilities and vulnerable populations, taking action and bearing witness in order to respond to their essential needs, improve their living conditions and promote respect for their dignity and fundamental rights.

With local partners, we run programs in health and rehabilitation and social and economic integration. We work with local authorities to clear landmines and other war debris and to prevent mine-related accidents through education. We respond quickly and effectively to natural and civil disasters in order to limit serious and permanent injuries and to assist survivors’ recovery and reintegration. We advocate for the universal recognition of the rights of people with disabilities through national planning and advocacy.

Humanity & Inclusion is the world’s most comprehensive mine action charity. The heart of this action is victim assistance—this was our beginning in 1982—but teams also prevent injuries through weapons and landmine clearance, risk education activities, stockpile management, and advocacy to ban landmines and cluster bombs.

Connect with us
More tenders from Handicap International - Humanity & Inclusion