The offers submission will be as the following:

a) The first file contains (It should be sent separately from the technical offer with the same email) :

b) The second file contains the financial offer (It should be sent separately from the technical offer with the same email) in the TRY Currency with the whole information about items pricing based on the template provided by Violet. 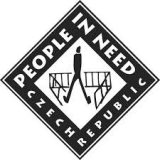 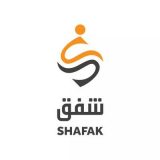 Initiate FWA for Construction and maintenance works of Water Networks 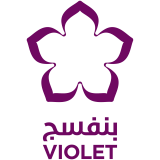 Violet Organization for Relief and Development

From the beginning of the Syrian conflict and the deterioration of the humanitarian situation in 2011, the unleashing of the humanitarian response was necessary to attempt any lessening of the tragic reality unfolding in Syria, which has continued to deteriorate at all levels with the slow international response. A number of aspiring young volunteers began to work spontaneously and voluntarily by focusing initially on support materials, food and collecting in-kind materials and cash to be distributed to people affected by the conflict to secure their basic needs.
The first office was established in the city of Idlib, and then was moved to the neighboring countryside. The work expanded to include the entire province of Idlib and other provinces. Violet Organization has worked so far in six provinces (Idlib, Aleppo, Hama, Damascus, Latakia, and Homs) in the areas controlled by opposing forces. Violet also established three camps for Syrian refugees near the Turkish border in Idlib province, Harem district in Salqin sub-district. According to the United Nations’ classification, these camps are considered organized and meet the minimum standards for camps.
Violet responds to emergencies in Syria in most humanitarian sectors: Food Security and Livelihood, Non-food Items and Shelter, Education, Health, and Camp Coordination and Management.
Violet integrates the protection sector in all the aforementioned sectors. With the length of the conflict and the survival of people for long periods at stake, Violet’s response has had to not only be focused on emergency response, but on the immediate implementation of long-impact health and education sector projects in all of Idlib.
Violet worked to establish and develop its organizational structure to start officially as an organization registered in Turkey in 2014. Accordingly, Violet divided the work into key sectors that mimic the divisions of international humanitarian organizations and implemented the appropriate structure for all departments and staff.