The ongoing conflict in eastern Ukraine has had a direct and highly negative impact on social cohesion, resilience, livelihoods, community security, and the rule of law. Recognizing the need to urgently address reconstruction, economic recovery and peacebuilding needs in areas affected both directly and indirectly by the conflict, in late 2014 the Government of Ukraine requested technical assistance and financial support from the international community to assess priority recovery needs. In late 2014, the United Nations, the World Bank and the European Union conducted a Recovery and Peacebuilding Assessment, which was endorsed by the Cabinet of Ministers in mid-2015.

UNDP has been active and present in eastern Ukraine for the past decade, prior to the conflict, with a focus on community development, civil society development, and environmental protection. Work on addressing the specific conflict-related development challenges discussed above built on this earlier engagement and established partnerships and started in 2015 through the United Nations Recovery and Peacebuilding Programme (UN RPP), a multi-donor funded framework programme jointly implemented by four UN partnering agencies (UNDP, UN Women, FAO, UNFPA) in cooperation with the Government of Ukraine.

As an area-based programme specifically developed for the conflict-affected areas of eastern Ukraine, the UN RPP addresses the key stabilization, peacebuilding, economic and governance priority needs in eastern Ukraine following the start of the conflict. It takes into account the opportunities that have arisen from the Minsk Protocol of September 2014 and the renewal of its cease-fire provisions (the latest cease-fire having been agreed in March 2018) and is also fully adjusted to the humanitarian-development nexus. The Programme’s interventions are grouped under the following key Programme components, which reflect the region’s priority needs:

The Programme, which operates on the basis of a pooled funding arrangement, follows a multi-sectoral programme-based approach and is implemented using an area-based methodology. With the current project, it is a unifying interventions framework for 12 projects funded by 12 international partners. The financial management of the following assignment is entrusted to the United Nations Development Programme (UNDP).

The UN RPP recognizes the importance of young people’s role in peacebuilding and promoting community security and social cohesion. To increase young people’s participation in community life and strengthen their capacity to implement youth-driven projects, the Programme is planning to develop a tailored innovative solution that will utilize the potential of a gamified web-platform “FUNdraiser” by applying edutainment methodology to learning and implementing local initiatives, such as social impact challenges.

In this regard, this specific assignment is focused on implementing a number of interconnected activities utilizing the resources of the digital edutainment platform for youth “FUNdraiser” using gamification techniques and a concept of Community Security and Social Cohesion Working Groups (CSSCWGs) established in the UN RPP target communities. This platform as well as activities implemented under this assignment are expected to help young people to build fundraising strategies for their own initiatives in the areas of community security and social cohesion, to raise funds and resources for their projects as well as to contribute to connectivity between youth and local stakeholders.

Main objectives of the assignment

It is expected that the potential Contractor will organize their work in two main directions:

Providing an educational environment to build the capacity of youth to elaborate their community projects, raise resources for their implementation, build partnerships and sustain the outcomes of these initiatives. The learning path should be translated into practical tasks for web-platform users (youth teams) applying the gamified elements and incentives.

Providing a step-by-step guidance for web-platform users (youth teams) to help them gain practical experience while applying their fundraising skills, mobilizing support and funds for their projects, establishing community partnerships, and project implementation.

In this regard, the UN RPP is looking for a Contractor who will:

Description of Responsibilities/Scope of work

Your Proposal must be expressed in the English or Ukrainian or Russian and valid for a minimum period of 90 days.

Consultancy Services in the Area of Alternative Dispute Resolution (ADR) 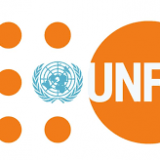 UNDP works in more than 170 countries to simultaneously reduce poverty and achieve sustainable development that leads to transformational change, and brings about real improvements in people’s lives. We promote an integrated approach to achieve sustainable development that tackles the connected issues of multidimensional poverty, inequality and exclusion, and sustainability, while enhancing knowledge, skills and production technologies to reduce risks and sustain development gains for both people and the planet. We help countries build their capacity to integrate environmental considerations into development plans and strategies, including through managing and sustainably using natural resources; ensuring that natural wealth is used to improve people’s lives; promoting economic recovery and livelihoods; and developing social inclusion policies and social protection for those in need, thus supporting the achievement of 2030 Agenda on Sustainable Development.

Connect with us
More tenders from UNDP